Response partnership with Missoula City and Rural fire departments took crews the better part of the day to extinguish. They had concerns about spread of thef fire to area offices and facilities, but were able to contain the spread to just the lumber yard. A "once in a decade" fire reported one firefighter on scene according to this Missoulian article date 11/23/2003.

The historical Missoula Roxy Theater, which opened in 1937, caught fire after a matinee show on the afternoon of February 19, 1994. There were no patrons in the theater at the time, thankfully.

"The blaze was strong enough to blow out the windows and rain debris into the streets. At one point, 30 firefighters tried to suppress the fire from three sides, until the fire chief decided it was fully engulfed and pulled them back, according to a Missoulian article.

’The fire gutted the building. It was determined to be arson, although no one ever was charged." 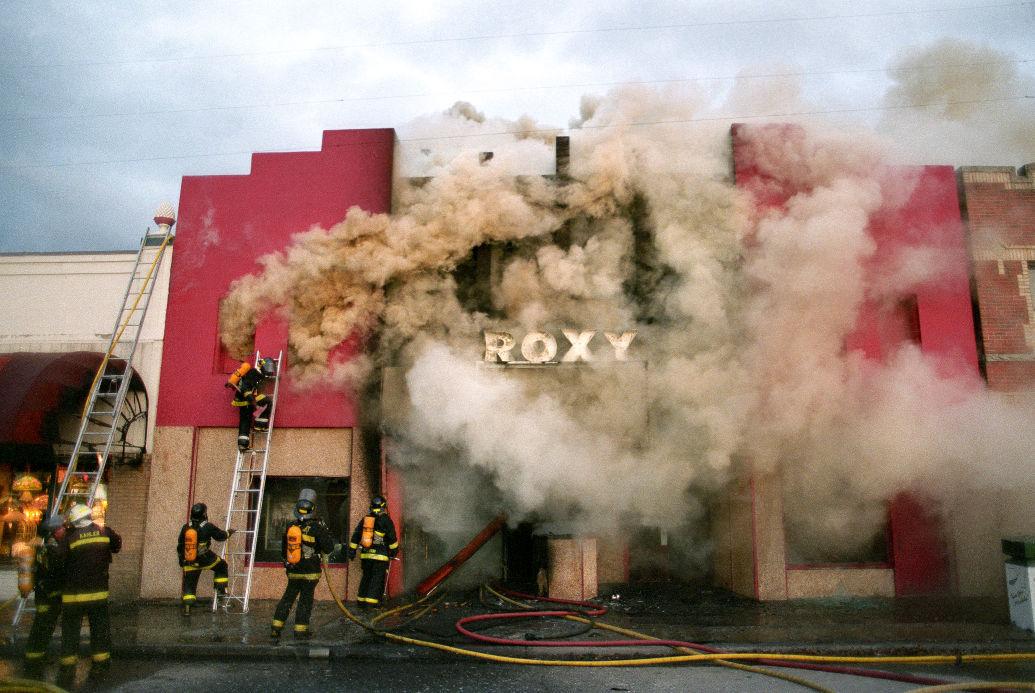 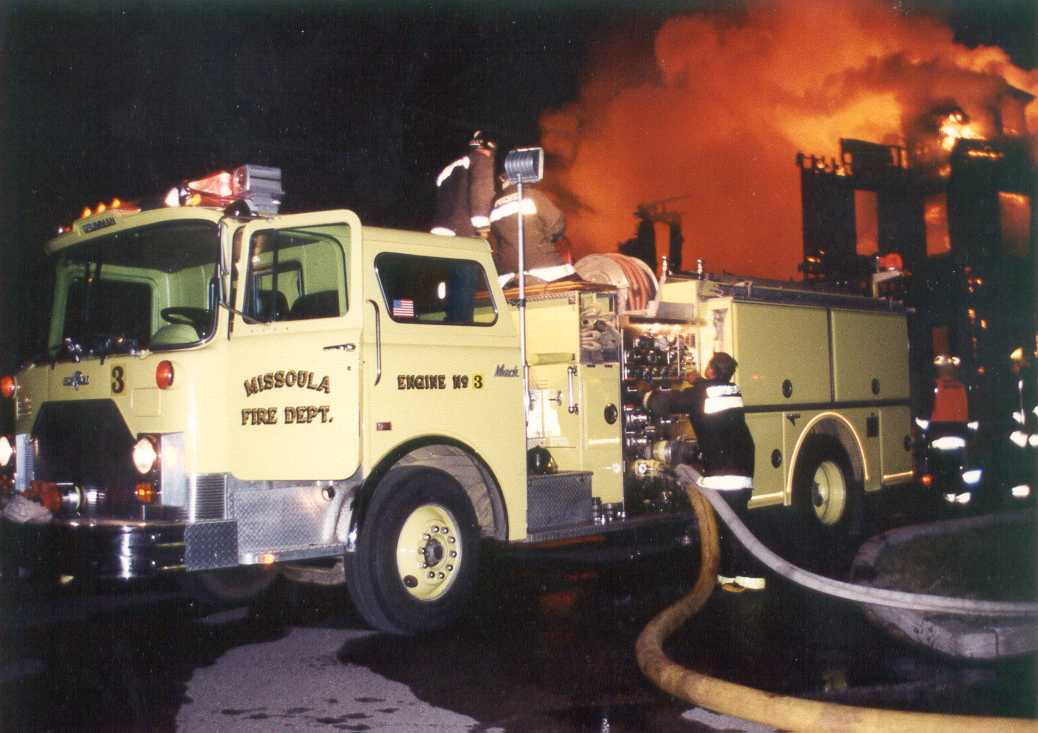 The Missoula Mansion was a landmark for many years. It first was located in the Rattlesnake neighborhood, overlooking the valley. In 1965 fire struck the mansion for the first time. MFD battled the blaze tirelessly and managed to save the majority of the structure. The owner of the mansion spared no expense and moved the mansion to where it sits today in the South Hills.

It was not finished with disaster however. On June 11, 1992 fire engulfed the building, wreaking it’s havoc on the mansion for a second time. The mansion was built once again and can be visited today at the Shadow’s Keep Restaurant.

"Firemen fighting the Ormesher Grocery Store fire, Missoula, Montana. One fireman stands on the fire exit from the second floor while the rest of the men stand on the ground. Smoke billows from the building which was not fully engulfed when the photo was taken."

On December 30th, 1951, crews could not get control of the fire at the Ormesher Grocery Store and Moose Lodge building. Fire quickly spread and soon the building was engulfed, causing a collapse. Three Missoula Firefighters were inside at the time and perished the in fire. Bernard J. Albright, Walter E. Crain, and Edward Sayler are the only 3 line of duty deaths in MFD’s history. We remember and honor their service to Missoula. 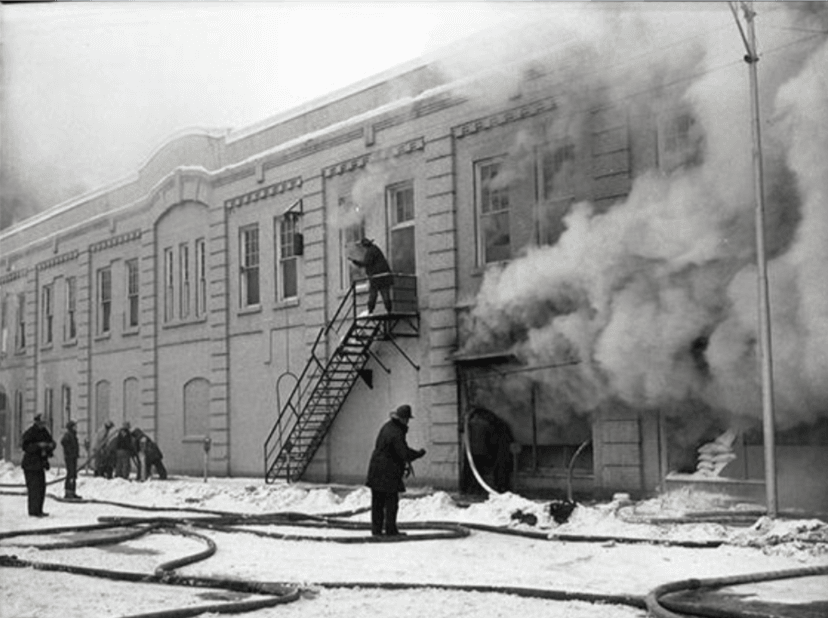 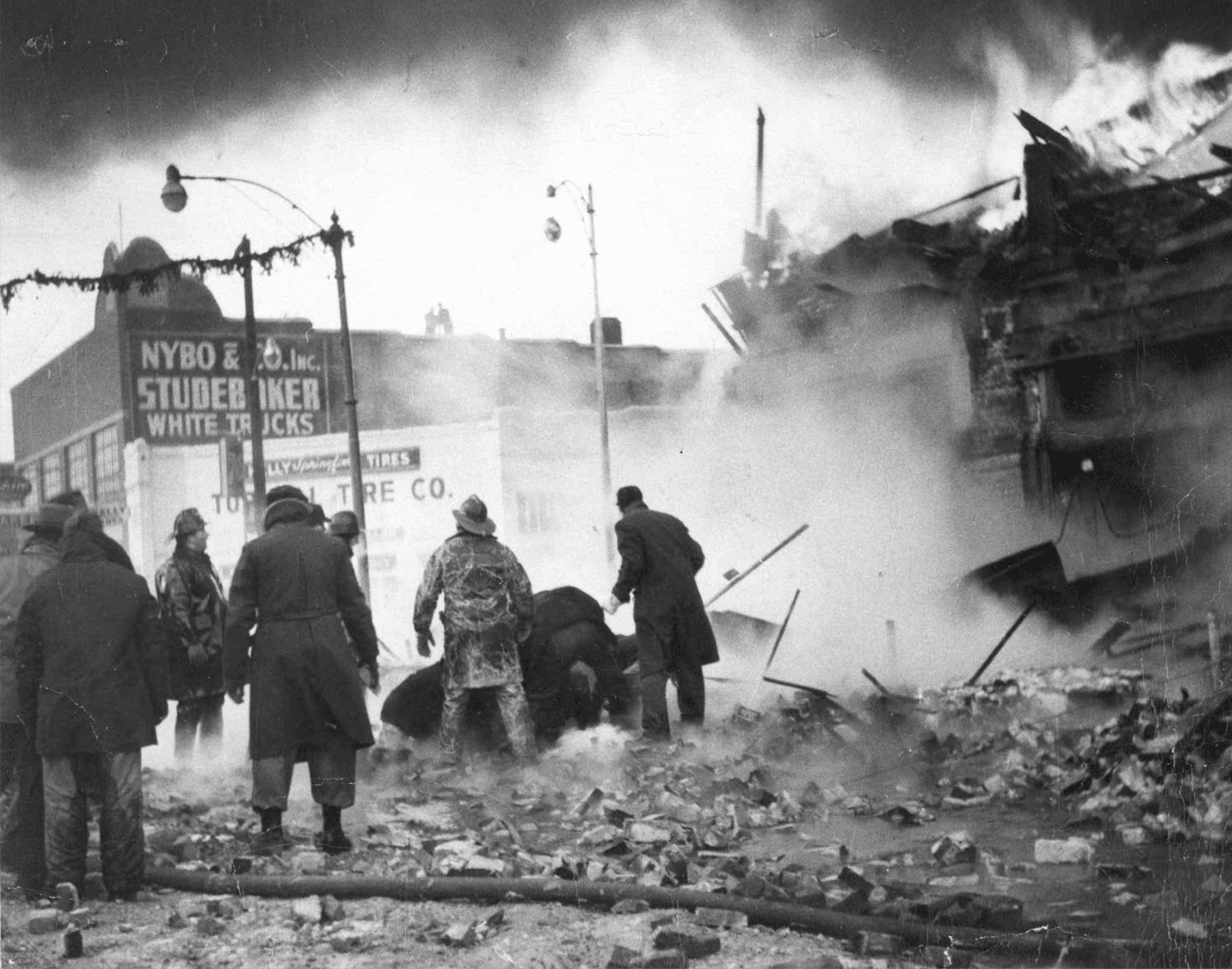 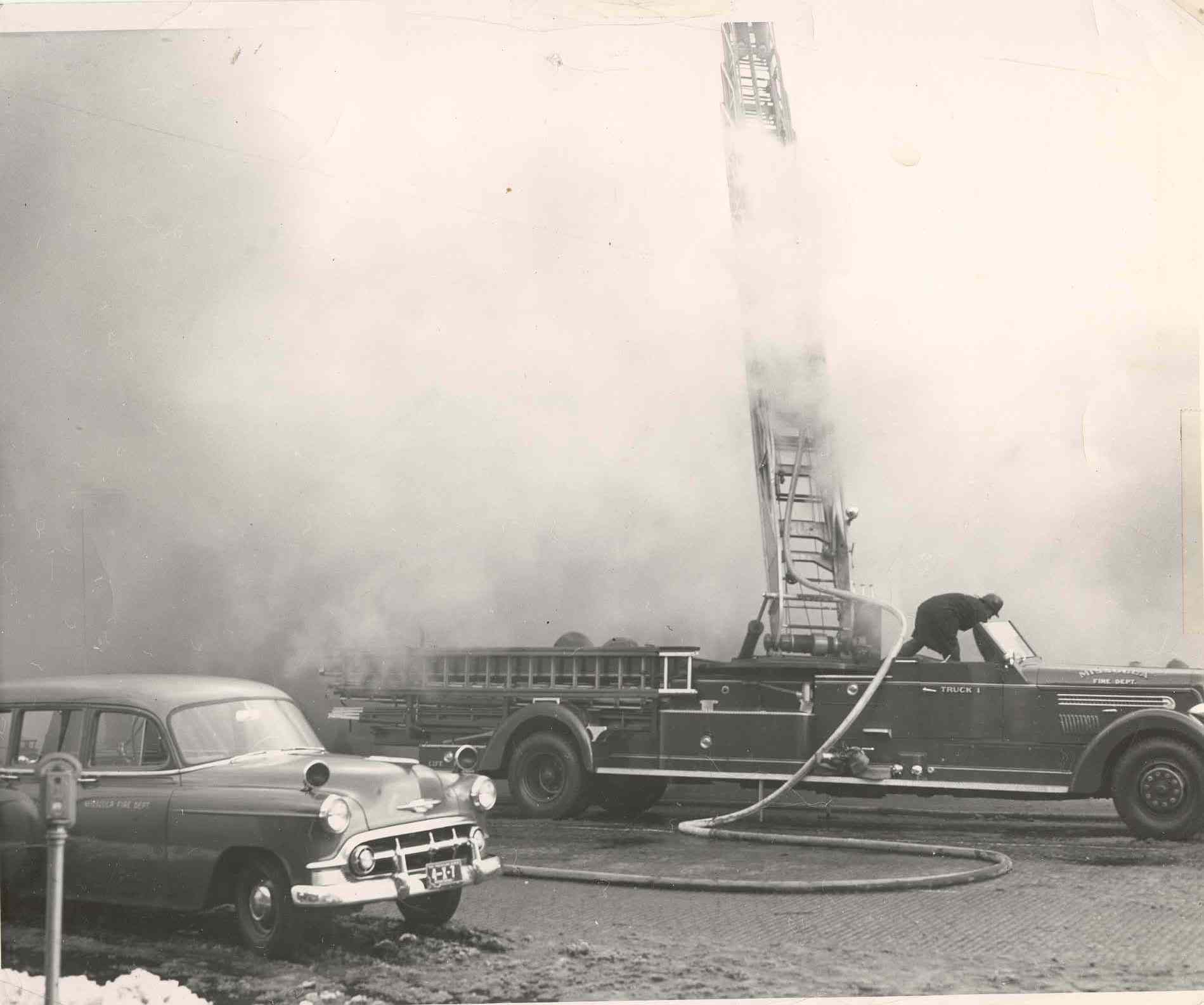